A wry eye on the passing parade… 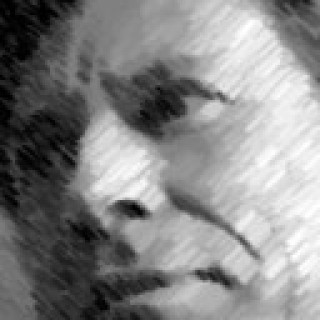 Citizen of the World (this one), born: 1945, exit: unknown; PhD in language teaching productivity (2010); English language teaching and lecturing linguistics since 1976 (seven countries). Also have a strong interests in social change and current history, especially in East Asia. Writer, lecturer, researcher, teacher, teacher trainer (English language & linguistics). See Articles and papers: https://independent.academia.edu/ThorMay Personal website: http://thormay.net/ for commentary, articles, linguistics papers, poetry, photos, video, teaching materials, CV, publication list, and other confetti. Editing business, Plain & Fancy Language House at http://www.fancylanguage.com/ Preferred Intellectual style: playing Devil's Advocate, i.e. as a friendly provocateur challenging accepted wisdom. I'm delighted to be argued down and proved wrong every time, but every government, business, college, colleague, student and friend needs this kind of challenge to grow! If you can graciously defend your practices, actions and beliefs they might be worth something. I'm with Socrates on this: "the unexamined life is not worth living." Phone: +61 0479 154 831 Address: Adelaide, South Australia thormay@yahoo.com

Nice to hear from you Kang. Quite a sur­prise. What’s pay­ing for your bibim­bap nowa­days? Sen­ti­men­tal for old times? That’s not allowed until you have killed all your ene­mies, stolen the king­dom, and retreated with twenty con­cu­bi­nes into lux­u­ri­ous degen­er­a­tion.

Me? I’m in crit­ter shock, try­ing to work out where a place called Aus­tralia went. Yeah, I know, you want to say that it never existed except in my imag­i­na­tion… What­ever. Stuff around here in Aus­tralia is strange. In the twelve years that I was away some­thing has hap­pened to my head, or to the natives, or both. Mem­bers of the species under 30, male or female, are now mostly cov­ered from head to toe (and appar­ently on more pri­vate parts too) with amaz­ingly ugly tat­toos. To har­mo­nize with this, uh, brand­ing, every ori­fice in their body is punc­tured with sil­ver studs, punched through the skin, and no doubt receiv­ing coded mes­sages from another planet. Today I saw one of these beings with a bar-code tat­tooed on her arm. I sup­pose that makes it eas­ier at the cos­mic check­out where they are bought as pets. Mean­while the elders of the orig­i­nal tribe, fed on a pure diet of sugar and pain killers, drift about like enor­mous bal­loons, and make grunt­ing sounds that sound for all the world like swamp frogs. I speak here of my eth­nic fore­bears, the Anglos.

The streets are now also pop­u­lated with huge num­bers of celes­tial cit­i­zens pre­tend­ing to be Chi­nese stu­dents, while the gov­ern­ment, appar­ently in fear that they will wake up one morn­ing to find Beijing’s blood red ban­ner fly­ing on the Prime Minister’s lim­ou­sine, has now admit­ted an equal num­ber of Indi­ans (almost invis­i­ble here twelve years ago) to work in the 7/11 shops when they are not cod­ing math to keep the coun­try run­ning, Orig­i­nal Aus­tralians of course all gave up maths in junior high school, when they had learned enough to fill out a lotto ticket. I guess the devi­ous hid­den mas­ter plan is that the Chi­nese and the Indi­ans can fight each other to the death while the Anglo Aussies get on with drink­ing beer.